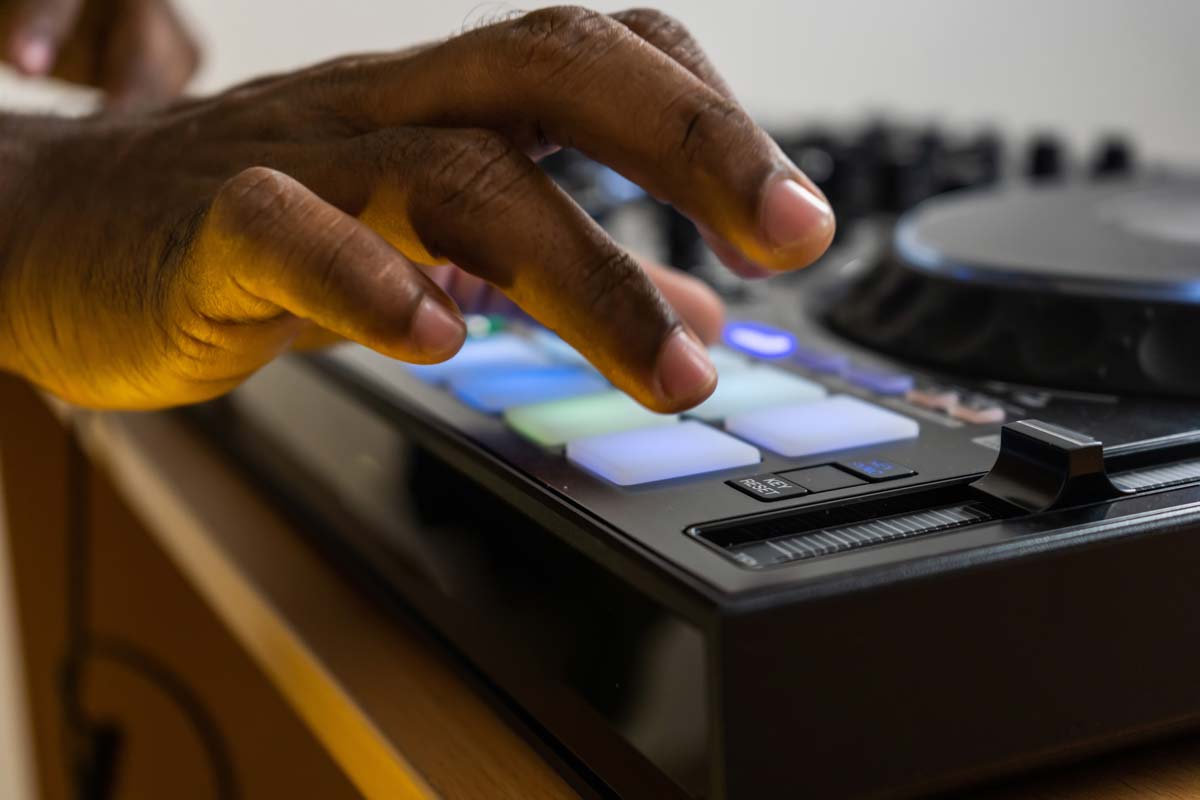 If you’re a producer looking for ways to make your mark on a song, one of the best things you can do is create a producer tag. Producer tags are short, recognizable audio clips that help listeners identify the producer of a track. They can be used to “sign” a beat or instrumental, providing protection against someone stealing it. And they’re a great way to get your name out there and build up your brand.

For an old guard home recording artist and radio CJ (cassette jockey) like myself, producer tags are a little bit like station ID’s. These are short recorded bits we were required to play every 15 minutes during a set. During my Cassette Culture Shock program I played station ID’s I had asked home recording artists around the world to record for me; so I had dozens of them by the likes of Russ Stedman, Dan Susnara, Don Campau, Carl Howard and others. Thanks guys.

So how do you go about creating a producer tag that will really fire up listeners? Here are a few ideas to get you started:

Keep these tips in mind and you’ll be well on your way to creating a producer tag that will really make an impact.

If you’re not sure what a producer tag is or how to create one, don’t worry – we’ve got you covered. In this article, we’ll give you a crash course on producer tags: what they are, why they’re important, and how to make your own.

So without further ado, let’s get started!

What Is a Producer Tag?

A producer tag is a short audio clip that is inserted into a song or beat. It typically contains the producer’s name or logo, and it is meant to help listeners identify the track’s producer. Producer tags can be used for a variety of purposes, including:

Why Are Producer Tags Important?

Producer tags are important for a variety of reasons. First and foremost, they help producers protect their beats and instrumentals from being stolen. By signing a track with a producer tag, you’re essentially claiming ownership of the beat. If someone tries to steal it, you can point to the producer tag as proof that you created the track.

In addition to protecting your beats, producer tags can also help you build up your brand. When people hear your producer tag on a track, they’ll start to associate it with your style of music. Over time, this can help you develop a loyal following of fans who appreciate your work.

How to Make a Producer Tag

Now that you know what producer tags are and why they’re important, it’s time to learn how to make your own. Luckily, creating a producer tag is relatively simple – all you need is a basic understanding of audio editing and a few minutes of free time.

There are two primary ways to create a producer tag: you can either record your own voice or use a pre-recorded sample. If you choose to record your own voice, simply record yourself saying your producer name or slogan (e.g., “This is DJ Khaled”). You can then edit the recording to make it sound however you want, using effects like reverb and delay.

Here are 12 ways add flavor to your producer tag:

If you’d prefer to use a pre-recorded sample, there are a few different places you can find them. The first is online databases like Splice Sounds, which offer a wide variety of producer tags to choose from. You can also find producer tags on YouTube – simply type in “producer tags” and see what comes up. Finally, you can create your own producer tags using a digital audio workstation (DAW) like Ableton Live or FL Studio.

Adding Your Producer Tag To Your Beats

Once you have your producer tag, all that’s left to do is insert it into your track. This can be done using an audio editing program like Audacity or a DAW like Ableton Live. Simply open up the track you want to add the producer tag to and insert the audio clip at the beginning. That’s it! You’ve now successfully added a producer tag to your track.

Get ON With It!

A producer tag is a short sound meant to familiarize the listener with who is responsible for the production of the song. It can be an interesting way to add personality and flavor to your music and make it more memorable. In this article, we’ve provided tips on how to create your own producer tag and some examples of famous producer tags. So get creative and have fun with it!

Review Kanji School is primarily London-based 28-year-old Dan Auty, who has spent the last few years in various bands while writing and recording his own songs at home. This self-titled release...